If we want an organization that can quickly adapt to external reality as it’s discovered (let’s call that agility), we need one Product Owner expressing vision and priorities in one list: the Product Backlog. According to the Scrum Guide,

Multiple Scrum Teams often work together on the same product. One Product Backlog is used to describe the upcoming work on the product. 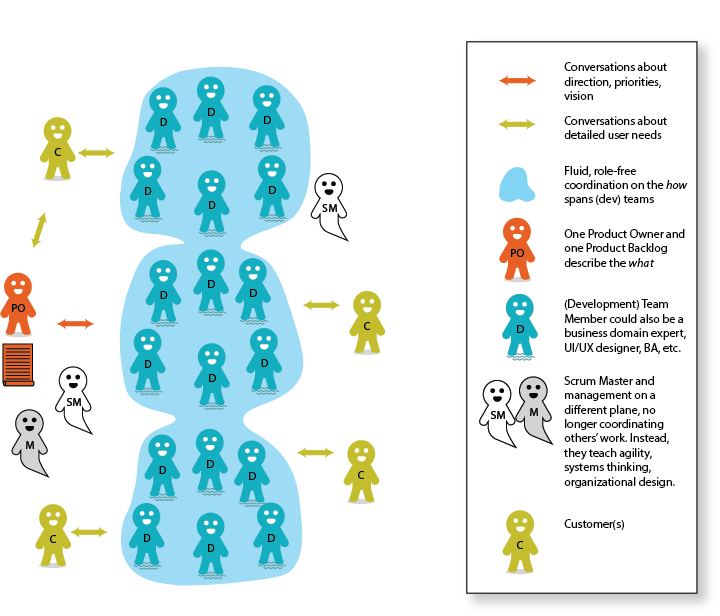 We sometimes hear the concern that one Product Owner would be overburdened by this, becoming a bottleneck. Here are the problems I’ve usually seen causing Product Owner bottleneck:

A common agility-reducing error is to ignore Ken Schwaber’s advice and artifically designate a team-member as a pretend “Product Owner” even though they’re really only a Team Output Owner. People who’ve witnessed the power of team self organization don’t advocate special titles for people on our teams. The Scrum Guide has a good reason to state

Scrum recognizes no titles for Development Team members, regardless of the work being performed by the person.

And the Agile Manifesto states

The best architectures, requirements, and designs emerge from self-organizing teams.

It is contradictory to tell a team that Bob the Business Analyst has special authority over the rest of the team members while simultaneously telling them to self organize. In the 21st Century, Bob belongs on our self organizing team without a process-imposed role. 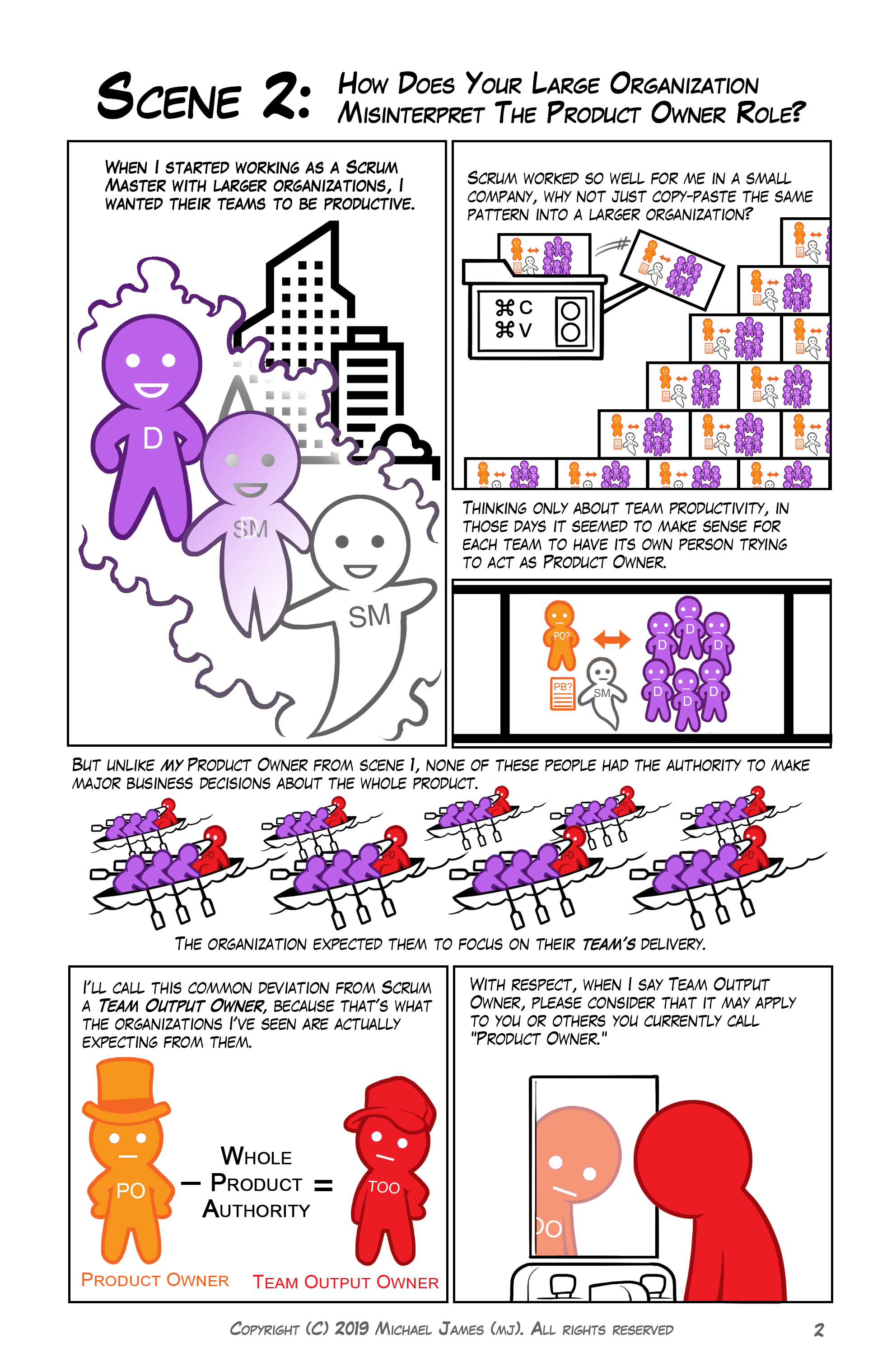